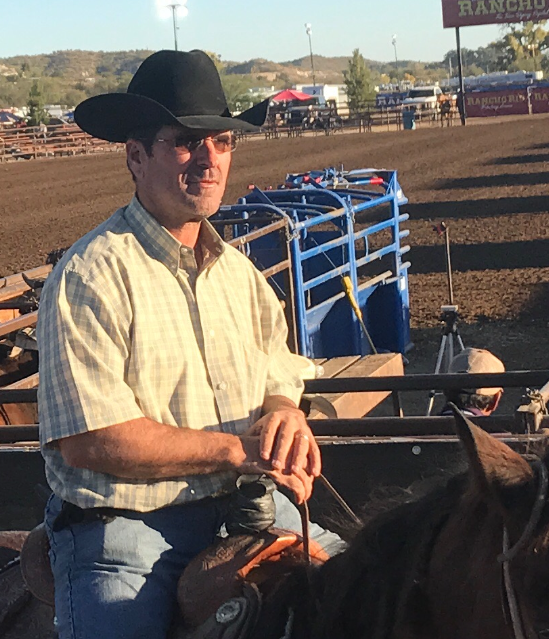 From an early age, Lance wanted to be a cowboy. He loved working cattle with his dad in the marshes of Creole, Louisiana and competing for ribbons and trophies in youth rodeos. In high school, Lance won a national championship in the boy’s cutting horse contest; in college he competed in rodeo events and, after college, as a steer wrestler at the professional level. But life and marriage required him to work elsewhere. After starting and selling a lucrative waste management business, Lance then bought, built up, and sold an oilfield heavy construction company. He and his wife Kelly — who met when he was 15 and she was 12 — and their three daughters wanted for nothing. His growing bank balance told him he had made it big, but his increasingly restless heart told him otherwise.

With Lance, his clients were king. He spent years entertaining them with hunting, golfing, fishing, and motorcycle trips. His commitment to keeping his customers happy led to heavy drinking, which he had grown accustomed to doing alongside them. In also neglecting his marriage and family, Lance admits that he was galloping along as fast as he could on the “road to hell.”

Lance finally turned to his faith for some answer to his interior pain. During one of his mission trips to Mexico, a powerful and personal encounter with God knocked Lance off his horse and onto his knees.  Lance was directly and deeply confronted with the words of Christ, “For what does it profit a man if he gains the whole world yet loses his soul?” (Mt 16:25)

What happened next is exciting (!) and the subject of Lance’s signature talks, as he shares his powerful testimony of reacquainting himself with Scripture, Catholic Church teaching, and the timeless wisdom of the saints. Lance likens his conversion to God patiently pursuing him like a runaway steer, roping him in, and branding his heart with love. “God showed me love—His love—and it changed me. Now I want to help others find their way home.”

Lance still competes as a team roper, but his roping comes secondary to traveling and evangelizing as a “Catholic cowboy,” to help bring back the lost and hurting. His exciting and heartfelt stories have inspired and instructed businessmen and professionals as well as couples in marriage and family groups. Lance is also still involved in missionary projects with Father James Hogan in Mexico.

So saddle up…you don’t want to miss the chance to ride with Lance Mudd.

I’ve been privileged to know Lance for nine years; he’s been a great help to the Missions here in Mexico (Prelature of Cancun, Chetumal, A. R.), working tirelessly helping to build churches and communities in Mexico.  I thank him for his great zeal to extend the Kingdom of Christ and I highly endorse him as a person of integrity and hard work.  – SER. Mons. Pedro Pablo Elizondo Cardenas, L. C. , Prelate Prelature Cancun Chetumal

Lance and I go way back because we share an interest in rodeo. He has been literally all over the world from helping build churches out of the country to traveling and speaking within the states. Lance’s fire is contagious and he gives all the credit where due:, the Holy Spirit! No doubt, you will enjoy listening to Lance;  his journey and spirituality will certainly inspire you.  – Lee Kinney, Publisher Decided Excellence Catholic Media

Lance Mudd is a delightful, Cajun Catholic, and family man with a dramatic story.  From financial wealth to spiritual bankruptcy, his awakening to God’s Divine Mercy is a powerful inspiration; he shares practical tips on how God’s love changed him and how you, too, can truly love others. Lance’s testimony reveals that faithfulness to God is worth more than all the money in the world.   – Patti Armstrong, Catholic author & speaker

Wow! Lance made me laugh and cry at the same time. You’ll love his stories about rodeo and riches, but mostly you’ll be inspired by the way God dramatically changed his heart. His talks entertain, encourage, and are richly Catholic. – Rose Sweet, Catholic author & retreat leader